The Russian segment of the International Space Station (ISS) will further grow with the addition of the Mini Research Module-2 (MIM-2) that was successfully launched aboard Soyuz-U launcher in November. The new component will provide the docking of a second Soyuz-TMA spacecraft, which is critical to maintaining an expanded permanent crew at the station. During the next few years Russia will keep building up the capabilities of its ISS segment so that it could eventually continue fully autonomous orbital operations, if so required.
The ISS is the largest space exploration project ever. It is a joint effort of Russia, the USA, Japan, Canada and member nations of the ESA European Space Agency. The initial ISS configuration was agreed in 1996, when it was decided that the station would consist of the Russian and US segments (the latter one with the participation of Canada, Japan, Italy and the ESA member nations). The ISS was to orbit the Earth at an altitude of about 400 km, with an inclination of 51.6 degrees.

Compromising for success
The orbit parameters were a substantial compromise: they cost the USA an ability to service its in-orbit satellites — something NASA was initially planning for, — while simultaneously depriving Russia of an opportunity to monitor a significant portion of its own territory (which would have been secured with Moscow’s original plan for an orbit inclination of 65 degrees). The exact overall cost of building and operating the ISS is unknown, but our estimate is that the price tag stands at some $150 billion, since the USA alone has so far spent at least $100 billion on the program – including the cost of sending the space shuttles to the station.
As of mid-October 2009, America’s ISS segment included the following major modules: the US-made Destiny, Quest, Unity (Node 1) and Harmony (Node 2); ESA’s Columbus, and Japan’s Kibo. At print time, the Japanese HTV H-II Transfer Vehicle was docked to the Harmony node. The Russian segment currently comprises the Zarya Control Module, Zvezda Service Module and Pirs Docking Compartment.
Zarya, also known by the name of Functional Cargo Block or by its Russian abbreviation FGB, was the first element of both the Russian segment and the entire ISS. Orbited on 20 November 1998, it became the growth point of the station. Zarya was built by the Khrunichev Space Center as a derivative of an earlier cancelled program. Ironically, since Zarya was built at the US request and the major portion of the development funding for the module (some $250 million) came from the USA, it is formally referred to as a component of the US ISS segment. And yet Zarya remains part of the Russian segment because of the Russian-made equipment it accommodates. The FGB’s primary functions were to provide for the station’s initial attitude control and propulsion. Apart from that, prior to its mating with Unity and Zvezda, Zarya provided limited power supply to the entire installation. Weighing in at over 20 tons and measuring 12.55 meters in length, the module is now also valued for the all-important storage capacity it provides, as well as for other operational capabilities. Its design service life spans at least 15 years.
The Zvezda module was launched on 12 July 2000 to provide living quarters for the Russian segment. At the beginning of ISS construction, it served as the life support system for the entire station and was also available for flight control and propulsion operations. Zvezda was used as the docking port for Progress-type cargo resupply vehicles. It also provided a communications link with the Earth and doubled as the ISS computing center. The module has a mass of 19.05 tons, measures 13.1 meters in length, and is equipped with four docking ports. Like Zarya, it was built by Khrunichev.
The Pirs Docking Compartment is intended as an additional docking portal for Soyuz-TMA and Progress craft. Apart from that, it is also used as an airlock for Russian cosmonauts’ extravehicular activities. The module weighs some 3.6 tons and has a length of 4.91 m. It was built by the Energia Rocket and Space Corporation and was launched on 15 September 2001.
For quite some time the development of the Russian ISS segment was impeded by a variety of factors. The hardest blow to the assembly progress was dealt by the Shuttle Columbia disaster on 1 February 2003, in the wake of which the entire budget of the Russian manned space program got steered towards providing crew relief missions on board Soyuz-TMA vehicles and cargo resupply flights by Progress craft. Financial difficulties were also never far away from the ISS — the Russian funding did not fall into a comfortable pace with the program needs until the mid-2000s. 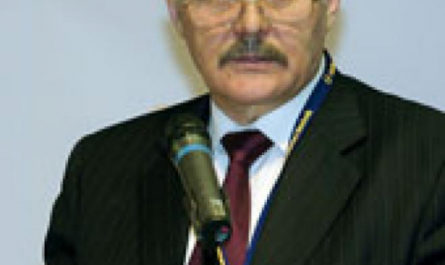