Ever since Russia’s air transportation market got started, most of its airlines have tried to do everything at once: offering scheduled flights, international and domestic charters, and so on. This lack of specialization among Russian carriers was due to the extremely complicated market conditions they faced, their aim to make money across all segments, and (in some cases) management miscalculations. It’s only now that major players learn to position their business to some extent. At the same time, the Russian market has gained the kind of airlines that operate in the European and American markets.

Charters only
The tourist charter market has been attractive to most carriers ever since the 1990s; the features of this business model enable an airline to make profits even if a significant proportion of seats remain empty. In structuring their operations, however, the major airlines still placed greater emphasis on scheduled network flights, since charter flights alone are not enough to gain significant market share. Charter-only airlines have existed in Europe for years; most of them are owned by or affiliated with tour operators. This trend is only just starting to develop in the Russian market.
The most notable project to date has been Orenair airlines; although this can’t be described as a 100% charter airline, since it still operates some scheduled domestic flights (primarily between Orenburg and Moscow). In 2009, when most airlines saw passenger numbers fall, this state-controlled carrier managed to boost its traffic radically by adding various versions of Boeing 737s to its fleet and actively moving into the charter segment. Orenair increased its number of passengers flown by 40% in 2009, to 1.6 million. Most of this growth came from international charter flights; the carrier flew nearly 1.4 million passengers on these routes, making it Russia’s fourth-largest international airline – after Aeroflot, Transaero, and Rossiya.
The rapid growth of Orenair is attributed to its cooperation with a tour operator, Pegas Touristik. It reportedly financed the lease deal for aircraft now registered as in use by Orenair. There are now plans to transfer Orenair to Aeroflot’s management; the airline’s new development strategy is to be announced this autumn. But Aeroflot chief Vitaly Savelyev has already stated that some of the carriers to be transferred to his company’s management, as per its agreement with the Russian Technologies state corporation, will be specialized – including one charter airline. Naturally, the industry has assumed that Orenair is the only candidate for that role.
While Orenair still has its domestic routes, along with international charters, other Russian airlines – such as Nordwind Airlines and IFly – operate charter flights to holiday destinations only. Nordwind is associated with the aforementioned tour operator, Pegas Touristik; IFly is linked to TEZ Tour. According to the Russian Federal Air Transportation Agency, Nordwind flew 860,000 passengers in 2009, mostly on international routes. IFly, launched relatively recently, hasn’t released any performance figures as yet.
As well as these two companies, analysts also associate the NordStar carrier (the brand used by Taimyr Airlines) with the tourist market. This airline started leasing Boeing 737NGs last year, announcing that it would use these aircraft for scheduled domestic flights (from Norilsk to Krasnoyarsk, Moscow, and Sochi). But the airline has turned out to be operating charter flights as well. Taimyr is controlled by Norilsk Nickel, whose chief executive Vladimir Strzhalkovsky is a former head of the Federal Tourism Agency and a co-founder of the Neva tour operator.
While tour operators are getting involved in launching charter carriers, airlines are actively moving into the tourism market. For example, S7 Airlines is promoting a company called S7 Tour, while Transaero has Transaero Tour. So the process of airlines and tour operators moving into contiguous markets is taking place in parallel.

Low-fare experiments
For years, low-cost airlines were only a tantalizing prospect for Russian passengers. Now Russia has two airlines that position themselves as discount carriers. The first to be launched was Sky Express, which started scheduled flights in January 2007. It flew just over 1 million passengers in 2009, making it one of Russia’s top twenty airlines; it ranked seventh on domestic passenger traffic, with domestic market share of over 3%. This airline’s revenues grew 27% in 2009 relative to 2008, reaching over 3.5 billion rubles (about $110 million). The carrier expects to fly 1.45 million passengers in 2010. As at March 2010, Sky Express was operating scheduled flights from Moscow to 10 other cities; its fleet consisted of nine Boeing 737-300 and 737-500 aircraft. All the same, Sky Express hasn’t managed to stay a low-cost carrier only. In an effort to improve its economic performance, the airline has started operating in the charter market.
Russia’s second low-fare airline, Avianova, was launched in mid-2009. This carrier has turned out to be more active than Sky Express. Avianova started out with Moscow-Sochi flights, but it now has 18 routes. It has flown around 120,000 passengers since its start-up, and its target for 2010 is to increase traffic more than tenfold: to 1.3-1.5 million passengers. The airline has only five 180-seat A320s; by the end of the year it plans to expand this fleet to at least seven aircraft, flying 20 routes. In less than a year of operation, Avianova has managed to add new routes not only from Moscow, but also from St Petersburg: it has been flying out of Pulkovo airport to Arkhangelsk, Krasnodar, and Sochi.
In Moscow, Avianova has switched airports already: in March, it moved from Vnukovo to Sheremetyevo’s Terminal B (formerly known as Sheremetyevo-1). "Terminal 1 is exactly what meets the classic low-cost company’s needs," says Vladimir Gorbunov, chief executive of Avianova. "We are the only airline using that terminal, and we have a whole ramp there. We plan to introduce a system that doesn’t require buses to deliver passengers to the aircraft for boarding – we will use gates they can reach by walking."
Positioning itself as a discount carrier, Avianova set Russia’s lowest air fare: 250 rubles ($8, excluding taxes and airport fees). The lowest fare until then had been announced by Sky Express, which offered tickets for 500 rubles. The subsequent competition in the low-cost segment forced Sky Express to cut prices further: by early March, it was offering fares of 320 rubles.
Even before Sky Express entered the market, some argued that discount airlines could never be viable in Russia for various reasons: the low population density of consumers who want to fly and can afford to do so, the large distances between cities, and the almost complete lack of competition between providers of services for airlines. Moscow-St Petersburg has been called the only profitable route for discount carriers. This route – a flight of about 80 minutes – links Russia’s two largest cities, with the most developed economic, political, and cultural life; the route is comparable to the conditions in which European low-cost airlines operate. But other destinations in Russia don’t fit this pattern.
In Europe, Ryanair’s average flight distance is around 1,000 km and the average flight time is around 1.2 hours. In the United States, Southwest’s average distance is 1,300 km and its average time is around 1.5 hours. In Russia, low-cost airlines will inevitably have to work sectors of 2.0-2.5 hours; that’s the only way to reach cities with at least a million residents and attract potential passengers who presently spend days traveling by rail. But increased flight duration obviously reduces frequencies.
Direct competition between many airports, located close to each other, is another factor that helps keep air travel costs down in Europe. But alternative secondary airports are practically nonexistent in Russia, and neither is there much scope for cost-cutting elsewhere. Taken together, all these factors make it clear that Russian airlines won’t be able to directly copy the European business model for low-cost flights. Avianova CEO Andrew Pyne counters these arguments by pointing out that he encountered similar problems when developing low-cost operations in Asia, before relocating to Russia. But despite the difficulties, the discount flights market in Asia is working — so Pyne is convinced that it can be launched in Russia as well. 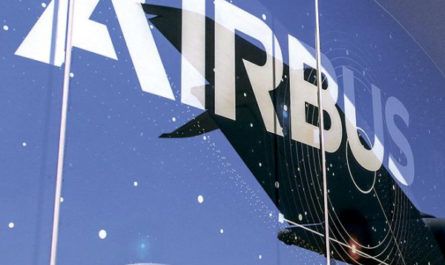 Turning to the East