Drastic consequences of the global financial crisis keep having negative impact on business aviation in Russia. However, at the beginning of the second half of 2009 situation in this segment grew slightly better. Some operators of the Russian market (Air Charter Service and Moscow Sky) said that in the summer period the quantity of business charter flights demonstrated a 20% growth on average and reached the level of 2007. Results of the autumn months will show if the growth of flight intensity in summer of 2009 has become a trend or has been simply a seasonal fluctuation.

Despite the economic instability and decrease of demand in the sector of business aviation, Russia still occupies a noticeable part of the European market. According to Swedish aviation charter online system Avinode that contains about 80% of all available European business charter flights, the share of all requests for flights to and from Russia amounts to 30% being inferior only to the UK.
Avinode system, which records the activity of about 900 air carriers and brokers, has developed several indices that indicate condition of the European (Russian) market of business aviation. Thus, according to the quantity of requests in the system for flights to/from Russia, at the beginning of 2009 the local market of business aviation decreased significantly. January and February of 2009 turned out to be the most "unsuccessful" months since 2006: the quantity of requests did not exceed 8,000 per month then. The company partially explains the low results of January by the end of the season’s holidays. In March, Avinode system registered a slight revival and in April the quantity of requests for business charter flights grew to 13,000. Such a leap was probably related primarily to the Easter and May holidays.
The next growth of the index of requests was registered in July and was evidently dictated by the summer season of vacations. In August, the quantity of requests decreased a little relative to July but still remained bigger than in the winter months. However, in general the curve of requests for charter flights to Russia grew slowly and unstably between April and August 2009.
For revealing of clearer market trends the schedule of requests is, as a rule, compared to such more accurate indicators as Avinode Demand Index and Avinode Pricing Index (the main admission in these indices is the fact that they offer summarized data and are not oriented at local markets). The Pricing Index that reflected an average price of a flight hour decreased gradually since January until September of 2009 and this decrease was interrupted by an insignificant growth only in July. It is necessary to remark that growth of the flight hour price could happen due to the real increase in demand for business charter flights. The Demand Index that reflected an average price of a charter flight booked through Avinode system per day demonstrated a spasmodic growth in April and July, which was also explained by holidays and summer vacations.
Thus, despite that Avinode charter system registers only requests and not the actually performed flights, comparison of the requests, price and demand indices may indirectly reflect the real market trends.
It also seems possible to determine the classes of aircraft and the arrival and departure airports most demanded in the interests of Russian users relying on requests statistics. The category uniting heavy jets and business airliners became the most popular in the period between September 2008 and August 2009. Historically, this class of long-haul business jets is more stable to fluctuations of demand unlike smaller aircraft. This peculiarity characteristic for the global market of business aviation in general finds indirect confirmation in Avinode base too. The share of business jets of heavy class in the overall quantity of requests for all business airplanes (business jets of heavy class, midsize and light jets and turboprops) permanently exceeded 50% throughout the entire period. May 2009 was the only exception when this share fell almost to 40% and got practically equal with the quantity of requests for midsize class jets. Such stability in requests for aircraft with big capacity and range is possibly explained by the trend that Russian players of the business aviation market have voiced frequently since the beginning of the crisis of aviation transport: the industry starts getting transformed into an independent and indispensable kind of transport and even serious economic perturbations cannot force majority of the users to return to regular airlines. Passengers try to cooperate but not to migrate to business classes of regular carriers.
The crisis practically did not influence distribution of flights of business aviation among Russian airports. In the period between September 2008 and August 2009, Vnukovo-3 was traditionally the most popular among Russian airports according to the quantity of requests. This airport is one of the few in Russia that also offers comprehensive services for modern business jets. In the aforementioned period Vnukovo accounted for 68.5% of the overall quantity of requests for departure of charter flights registered by Avinode. Moreover, according to Avinode, as of September 2009 Vnukovo remained the most demanded airport in Europe too where it outruns such centers of business aviation as Nice, Le Bourget in Paris and Luton in London. The other requests for flights from Russian cities were distributed mostly among St. Petersburg’s Pulkovo (8.7%), Moscow’s Sheremetyevo (1.4%) and Domodedovo (1.3%), Krasnodar (0.8%), Rostov-on-Don (0.8%) and Samara (0.8%). The quantity of requests for arrival of aircraft of business aviation to Russian airports differs slightly but Vnukovo remains the favorite in this aspect too and its share amounts to 41.6%.
The data revealed by Avinode approximately outlines the general market trends. The limp winter of 2009 changed to certain revival in April and summer months. Along with this, the low flight activeness did not have a serious influence on distribution of flights among Russian airports and the Moscow aviation hub retained the priority. Unfortunately, it is hardly possible to decide how soon the cyclic demand of the industry will end on the basis of Avinode data but the representative of the company Max Liebermann remarks that after the decrease in demand at the beginning of the year the peak of the crisis on the business aviation market is evidently over and the quantity of requests for business charter flights starts growing. 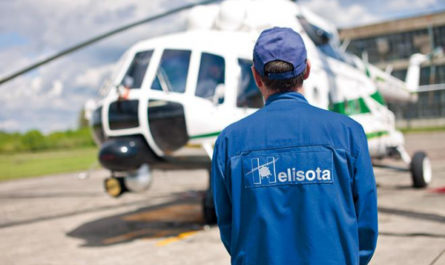 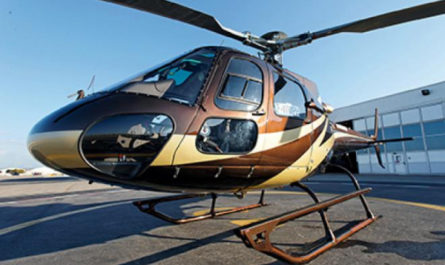 Eurocopter flying back to JetExpo 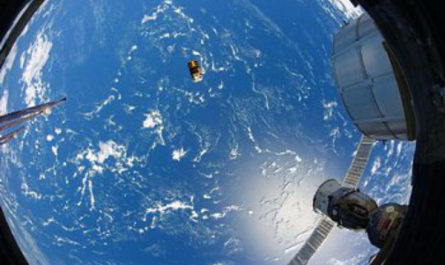